Tip Pooling: Pros and Cons; Where Do You Stand?

Is Your Customer In The “Drivers Seat?”

Questions You Should Ask Yourself As A Restaurant Owner?

Tip Pooling: Pros and Cons; Where Do You Stand?

Restaurant tip pooling has been making industry headlines since it was announced the Trump administration was considering a change to the current law.

If the motion to make tip pooling legal passes, tipped restaurant employees may not be allowed to retain all of the money earned from tips. The money would belong to the employer, who could choose to distribute the money to servers, managers, kitchen crew, and even themselves if they see fit.

What Exactly is Tip Pooling?

Tip pooling is when front-of-house staff shares their tips with each other or back-of-house staff. Under proposed regulations, restaurant owners and managers would effectively take ownership over the tip distribution and could divvy up the tips to those who earn above minimum wage, thus taking the money away from front-of-house workers.

In more informal situations, tip pooling can also affect just front-of-house staff. For example, servers would be required to share all their tips regardless of their table or check sizes.

Tip pooling is sometimes done in pizzerias, cafés, ice cream places, and fast casual restaurants, where the funds from tip jars are pooled and shared following each shift among the entire staff. Also when servers and bartenders work in a banquet atmosphere tips are pooled.

The Pros of Tip Pooling

Despite a public outcry against this motion, there are some positive points to the idea.

We also know the wage gap between different restaurant teams and the extreme measures that restaurants are going through to bridge it. Service charges, kitchen fees, and banning tipping have all been tried in an effort to solve this problem.

Servers, on the other hand, can make significantly more than their back-of-house counterparts thanks to tips.

While not a problem in every single restaurant, this wage gap is a significant issue in the hospitality industry. Tip pooling could be a way to bridge the gap between these two groups who are, ultimately, both working towards the same goal – customer satisfaction.

Back-of-house wages are static. If a mistake is made in a kitchen or a dish is held up from a long wait time, cooks will still take home the exact same pay that they would if they made every meal with speed and accuracy.

On the flip side, if the kitchen is slammed from every table being at capacity, servers reap in all the funds from the full house. Cooks, who had to make all the food, get none of the tip, even though they would have been paid the same for working a slower, less stressful shift.

Tip pooling could inspire the back-of-house crew to always be on their A game since their money is dependent on the tip, too.

3) The Restaurant Could Profit More

When they know their money is on the line, cooks could put more attention and dedication into what they are cooking.

The results? Better tasting food, happier customers, and fewer wrong orders. Restaurant owners can worry less about wasted inventory (and spend less on it, too). Granted, this higher profit would come at the expense of tips for servers, but in turn, this could be a way for owners to provide better wages for employees.

The Cons of Tip Pooling

There are many oppositions both to tip pooling and the regulation proposed. Let’s break down a few of them.

1) Restaurants Own the Tips

The way it stands now, tips belong to the front-of-house crew and restaurateurs have no legal claim to the money. This new motion would give ownership of the tips to the restaurant. Owners, in turn, could distribute the funds in any way they see fit – including to themselves, their managers, and their cooks – so long as servers still make actual minimum wage at the end of the day.

It’s worth mentioning that respectable restaurants probably wouldn’t risk losing a great server by taking nearly all of their wages, but this could result in controversy for some restaurateurs to abuse their power.

With this new law, it’s predicted that employers could pocket over $5 billion annually from server tips legally.

All-star, career restaurant servers have their routine in the bag. They know how to create an incredible and unique experience for every table they tend to.

Try telling them they have to give a chunk of their tips to the new server who started a week ago.

Try also telling the server who handled a party of twenty over the course of the night to split their tips with the server who rotated between three two-tops.

Servers have more than a legal ownership over their tips (at least for now) – there’s also a deserved sense of accomplishment. Many take tip pooling as an insult to the effort they put into making that table’s dining experience outstanding.

Branching off of the previous point, servers make their living not off of the $2.13 tipped minimum wage from employers but instead off of their tips from customers.

Knowing they’ll earn less per table, employee morale in the front of house could immediately shoot down once new policies are put in place. This negativity and resentment could easily impact the customer experience, leaving your restaurant in a bad place.

What We’re Hearing About Tip Pooling

The common consensus we’re gathering from the restaurant community is that tip pooling is a bad idea for the industry. Specific call outs are against perceived wage and tip theft from servers and the employer’s ability to control tip distribution to themselves and managers in addition to back-of-house workers.

People don’t seem very thrilled about chefs making even more money when they already were paid at or above minimum wage.

One cook even came to the defense of servers and agreed it was unfair for them to see a wage increase.

That said, the other side still had its proponents. One person made this argument.

Another commenter, who still opposed the idea, saw that overworked and underpaid BOH staff members do lead to higher turnover, and in an ideal world, this regulation could alleviate that. Average restaurant staff tenure is one month and 26 days, so employee retention is top of mind for many owners. 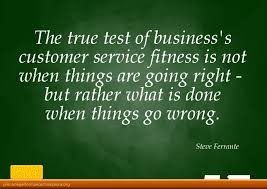 What Is The Protocol For Employees Following Covid Guidelines?